Most of my revelations come when talking to people or when listening to people. I would have probably made a great woman (or even man, in another life) philosopher in an Ancient Greek style garden where debates were held. Nevertheless, recently I and my friend Ana have started our own small philosophical garden at home. It is comprised of our black table and chairs, usually some bright coloured flowers in a vase, the bookshelves, CD and DVD shelves around us, with additional make-up boxes, and a few plants, amongst which my revived Joseph’s Coat and tow cacti which won’t stop growing. 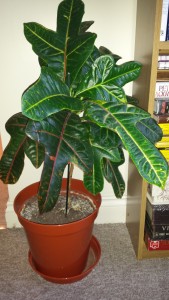 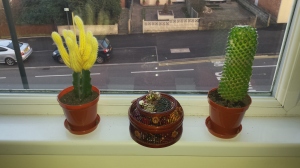 There has been much debate lately in this small philosophical garden-in-a-flat. On Monday I found the article about India’s Daughter, the documentary on the horrific rape which mutilated and eventually killed an Indian young woman in 2012. It is shocking, enraging and terrifying at the same time. We spent the whole morning talking about it, about how men can do such things to women, and about how such things can happen.
I won’t go into details with this now, as I want to dedicate it a whole text on my blog.

Do you think philosophy comes easier on an empty or on a full stomach? Well, today it came on a full stomach. After a good walk on the beach of Bos Vegas (otherwise known as Boscombe), we had some fried egg and veggie burger lunch and over a cup of coffee we started to talk about men, women, and the original sin.
As some of you might know, I come from a tradition of priests in the family. My great-grandfather and my grandfather were priests, my father is one as well. I was the one in to carry on in line of the tradition, although nobody really asked me or pushed me to do it. I went to study Theology and English in the University, passing both the entry exams and the graduation ones with the highest grades, as well as having the highest grades each of the four years of study. And I loved what I studied, despite not all of our professors being really qualified and some of the knowledge being very superficial, scarce, even a mock of Theology. However there were the books recommended by our best professors, and they still mean a lot to me.

One of these was Elements of Faith by Christos Yannaras, a Greek Orthodox Theologian close to my heart. The part of his book where he speaks of the original sin is like a chant to me, and I can remember it in Romanian. Today I have searched for it and found it, to my joy, in English. You can read it by yourselves either on this web site, or at the end of my text.
Somehow, me bringing Christos Yannaras’ presentation on the matter is related to the articles read about the Indian woman raped and tortured three years ago. We went on to chat about how, in many places in this world a woman is still seen as some sort of inferior being only there for the pleasure and use of man. Actually, let’s be honest, you will find this sort of thinking in every country and every culture, only that in the Western world this is more  restricted by law, as a result of the feminist movement and social changes which started more than 100 years ago. Still, you read and hear about women’s alleged inferiority and see how they say today that Hillary Clinton paid her female employees 72 cents for every dollar she paid her male staff, when she was Senator. However, news such as this I take with maximum circumspection: is it just half the truth, used to point that “oh, look, even one of the biggest and fiercest feminist activists treats women as less worthy!”. To me, this smells a bit rotten.

But then, isn’t all this inequality between men and women even based on the Bible? Well, no, not really. If we do go back to the Bible and read Yannaras’ writings on the creation and original sin parts, we see how actually all of this is complete and utter non-sense.
Telling Ana today about the Greek Theologian’s writing, about how man was created first and he received the warning first (not rule, not threat), and Eve received it from her equal, the man, not the higher divine being, about how none of them took responsibility for their act, about how choosing the deceiving so-called fruit they chose separation from God, self-sufficiency, egotism, their own ego crowned over the whole world, greedy and not caring, I came to the question “but why did God make Adam alone first and later he made Eve?”. It seems to be a lesson yet not learnt by human beings…
Maybe God made Adam first so that he could feel he is alone, so he could feel he needed another being equal to him, who is like him, with whom he could share the love he had learnt from the divine being. Having a partner equal to him, but not completely like him, with the sexual distinction which makes erotic love possible, would be his (and hers) best chance of practicing the communion for which they were made.

And, after all, this is how the Bible introduces the divine intention to give man a partner in life: “It is not good for man to be alone; let us make a helper for him who is like him” (Genesis 2.18)

Blaming your own choices on the others comes always handy. Handy for an ego which believes it is its own cause and purpose and, even more, the whole world is here to serve it. This is the choice the human beings made, according to the Bible, at their creation, and this is still the choice that many of us still make. Probably each of us, throughout our lives, act in line with our grasping ego. But then some of us (many of us as well? or not really?) learn the lesson of love, which was first given by a divine being who wanted to spare us the lesson of death.
According to Yannaras’ analysis, it is death to think and to behave like you could exist on your own, even if the whole Universe disappeared today (not to mention it is absurd as well, but anyway). An ego which thinks itself immortal is the agent of death within. Our essence is divine, which means our ultimate purpose is the communion with the whole: the person next to us, whom we choose to share our life with, the people whom we call friends or workmates or neighbours, nature itself, God (or however you want to call the divine). Once human beings placed themselves in opposition with their existential purpose, is there any wonder they became destructive? Ego above everything leads to destruction, and this is evil.

So evil is treating women as if they were not human beings. Evil is treating women as if they are here only to serve men. Evil is destroying women who do not obey. But then evil is leaving people in utter poverty, with barely any chance to a better life, so that big corporations can raise their profits and directors can award themselves to $1 million bonus yearly. And then these people commit crimes, even horrific raping and torturing of women who dared to go and watch an evening movie with a male friend.
But then there is hope, even in the last hours of one’s life, such as the thief on the cross next to Jesus or the criminal in the “Dead Man Walking” movie, with Susan Sarandon and Sean Penn. If people are shown constant love, if they are treated like human beings and not like monsters, a nuisance or disposable machines, they might respond like the human beings they were meant to be.

Now, at the end of this moment in our philosophical garden, I will let Christos Yannaras speak about one of the consequences of sin:

The sense of nakedness is the first consequence: “the eyes of the two of them wereopened and they knew that they were naked and they sewed fig leaves and madeaprons for themselves” (Gen 3.7). Until the time of the fall “the two were naked, both Adam and his wife, and they were not ashamed” (Gen 2.25). What, then, is the feeling of nakedness, the shame of nakedness which accompanies the fall? It is the awarenessthat the look of the other which falls on me is not the look of the beloved, of the one wholoves me, whom I trust. It is the look of a stranger; he does not look at me with love, butsees mejust as an object only of his desire and pleasure. The other’s look objectifies me,transforms me into a neutral individual. I feel him taking away my subjectivity, mydeepest and unique identity. To feel naked is, the rupture of relationship, the revocationof love, the need to protect myself from the threat which the other now constitutes for me. And I defend myself with shame. I dress myself in order to save my subjectivity, toprotect myself from the look of the other, not to be transformed into an object at theservice of the other’s individual pleasure and self-sufficiency.