After watching the movie, I can say the trailer does it justice, while at the same time leaving out one of the best side stories. Most important, it works. The images got stuck in my mind since seeing it before Fast and Furious 7, and I knew I have to watch it.

You’ve got in this trailer the beautifully mastered start of the movie, with the broken rhythm of reality for a mind lost in madness. You’ve got the oppressive ruler who aims to bend life to his own will. You’ve got the action pumping crazily like the flames exploding in a city set alight by a dozen of arsonists at the same time. And you’ve got the deep, dark and broken voice of the guy whose eyes see it all: Max. The mad one. No madder than the rest of the world.
And there is something else, which charmed me at first sight: the images worked with surrealist refinement. I know, this is some quite pretentious language I am using right now, but please believe I cannot help it.
I’m also pondering on how much to reveal as not to spoil it all for you, but to say enough of what I really want to express.

After debating with myself, I have decided I will not reveal anything about the very first image on screen, which made me whisper to my friend, Ana: “Wow, it looks amazing!” (and it wasn’t a flowing summer dress, a pair of gorgeous shoes or a picturesque landscape – well, a landscape it was, burning your retina rather than soothing it)
What I will tell you is how impressed I was with the start of the movie in itself. It has all it needs: good timing, good rhythm, great vision over the jerked movements of the outside seen by a mind gone mad, over the haunting fears and regrets lurking inside.
A small gem in its own, it sets high expectations for the rest of the movie, while it gives you just enough to be satisfied from the very first steps into the story. I would say it was a clever strategy from an experienced director, in line with basic entertainment (and not only) principles: give them enough to keep them interested, but not too much as to overwhelm them. Or put it this way: meet people’s expectations as much as needed not to frustrate them, but go one step further and surprise them as well. This makes the best scaffold for any good entertainment product for the large audience, after all.

In this respect, George Miller marks point after point with Mad Max: Fury Road . I must confess that I have seen the first series a good while ago, probably as a young teenager, and I am not that young any longer (by biological age, at least). So besides Mel Gibson’s charisma, some good action and a misty, faint image of the post-apocalyptic world in that series I cannot remember much. Of course I have always loved Mel Gibson and I can confess that the beautiful madness in his passionate eyes cannot be equalled, at least by my (emotional or not) standards. But then Mad Max: Fury Road  gives you more than one great charismatic actor burning from inside out on the screen. The new movie brings a truly memorable world, the madness spreading through and along, in such a way in which it becomes almost touchable. It imprints its setting into the viewers’ minds with powerful and haunting images not soon to be forgotten. And it does this while pumping crazy action scenes one after another.
Apparently, it has been reported (according to imdb.com) that this was the director’s intention: beautiful settings and breath-taking action to speak for itself.

I have mentioned the images so many times now that I need to give you a few examples, without spoiling the story. See the trailer: the War Rig (huge oil truck), escorted by a few other vehicles, rolling down in a dessert landscape, under a bright sky. Then watch the chasing party catching their tail, the radioactive sand storm, the young woman in bride like attire walking from the oil tank to the truck’s cabin, the beauty and sadness in Furiosa’s eyes. See the water flowing from a burnt huge rock to the people waiting for a drop to keep them going.
And then what you don’t see in the trailer is even better: the night scenes, engulfed in a surreal hue of blue, almost glowing but still heavy like the shadows of death, of all the lost souls who roam a wasted land not entirely alive, but not dead yet.

The way this post-apocalyptic world has been designed and set into motion looks most compelling. No one is spared pain or disease, not even the rulers and their packs of War Lords. Tumours, blisters, poisoned lungs, weakened limbs are the most common things. Never mind the masses waiting at the foot of the high rocks: they seem to exist out of inertia, only due to this self-preservation instinct that all forms of life, but even more human beings, with their sense of self, posses.
Immortan Joe, one of the three dictatorial rules of this world, decides who gets what around his Citadel. He gives the masses speeches and a little water every day, with a voice tone and tactic reminiscent of Hitler. He keeps the right to breeding to himself and his own, he decides for all the rest.

For someone as interested as I am in society and humanity values, certain scenes have a strong impact. I found myself impressed at showing how a handful of peopl decide who gets to have the basic survival needs met and who doesn’t. Immortan Joe gives them words and a little water, while growing lush gardens and vegetables on the top of the rocks for him and his chosen ones, on whose support his power rests on. Somehow this is not necessarily a post-apocalyptic world of the future, it happens today and most people do not think of it, some probably say it’s just the way things are, we cannot do anything to change them, and some even support this state of facts, as they probably feel they are the chosen and entitled ones.
There was another thread of the story which touched me. The character appears in the trailer, but you would not expect much of him, nor think he actually has an important role whatsoever. Besides the two strong lead characters, Max and Furiosa, this guy grows a personality and his personal development is one of the most delightful parts of the whole movie.

While he is still only chasing targets set for him by a choice deprived society, he embodies the fanatic. However, there is innocence in this character throughout. In a certain scene when he gets blessing from the big guy, and my friend Ana was somehow showing her disapproval, I whispered to her, actually with tears stuck in my throat: “give the faintest string of hope, even in death, to somebody who has nothing to expect in this life, and you’ve turned them fanatic”.
To my delight, this character has kept his innocence and supported my observations.

Without spoiling the action, the twists and turns, the dark humour and how the story grows in between the fighting scenes, I can say that Mad Max: Fury Road  is a movie about hope. It shows what happens to people who do still have hope in a non-egotistic way, as they share it with others (Imperator Furiosa). It shows how one without hope, who lost a lot and who is still haunted by all the losses can go mad (Mad Max). It gives the perfect image for egotistic greedy unscrupulous people, who build all their hopes and expectations on the shoulders of others and of taking whatever fits them from all. It gives a touching delicate image of the ones who have just received hope and now have not only what to fight for, but what to die for fighting.
At some point, Max talks about not having hope, a powerful striking statement, but I will let you discover for yourselves.

What this movie is not is a “feminist propaganda” product. Whoever (sorry I cannot be bothered to check) uttered such non-sense could possibly be a person with nothing else to say or do in order to attract more attention on themselves.
Strong women? So now you have to be a feminist and to spread feminist propaganda (whatever that is) to approve women are strong and can fight for themselves, need be?
Strong women escaping an oppressive regime? Please, just read the newspapers and you will see over and over again examples of women standing for their human rights and against discrimination in regimes where they are mere breeders and sexual objects, as well as servants for the man around them.
Or is it really so far-fetched that, in a post-war world ruled by warrior men, who take all the can take and make the law with no respect to other human beings (who are breeders, blood banks or just cockroaches lurking at the foot of the Citadel), women would be treated as providers of babies and pleasure and nothing more? Is it now?

The two main characters in this movie play their part beautifully and success depends on both of them. Imperator Furiosa chases a dream from her childhood, fights for her own when nobody cares for women other than they themselves, but finds her dream shattered. She cannot give up on her paradise, is ready to carry on running to catch its illusory shapes. Max helps take the right turn, his madness proves to be the needed element to change the world whilst making it collapse inside. While his drive is survival and as such he finds himself alongside the fugitives, at some point his perspective changes as well, the hope he lost stays alive in these women, and he cannot fight its bonding strength.
And, as men are said to tend to, he comes up with a solution, in the end.

Last, but not least, George Miller thinking this movie as standing on its own and not a remake of his earlier works proved brilliant. Not a fan of remakes whatsoever, I appreciate how he used a setting and a character to create something new and to emphasize on society and the way it is still heading today.

As we were getting out of the cinema, Ana told me this was the craziest action movie she’s seen in a while, comparing it only to Kill Bill. Then later on, back home, she expressed she liked this one more than Ex Machina, yet another production that I have to write on as I found it clever, refreshing and haunting at the same time.
Definitely, it is the movie which made me think, debate and analyse the most of all I have recently seen. 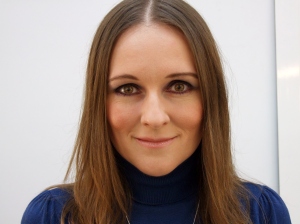